The historic town of Hahndorf lies within a gentle and undulating expanse of the Adelaide Hills, 28 kilometres south-east of Adelaide. The regions original inhabitants dating back 2400 years were the Peramangk Aboriginal people who had named the area ‘Bukartilla’ in reference to the swimming hole which was created by several creeks emptying into the nearby Onkaparinga River. They enjoyed the areas edible plants and grubs and hunted marsupials such as kangaroos and possums. With European settlement and the advancement of agriculture the numbers of the Peramangk people declined and there is little documented evidence of them after 1850(1).

Hahndorf was zoned as a state heritage area in 1988 by the Government of South Australia and acknowledged as Australia’s oldest surviving German settlement. The German history of Hahndorf can be traced back to 1838 when George Fife Angas, a director of a South Australian company, made a trip to London to promote colonisation. During his trip he met Pastor Kavel who was trying to help German Lutherans, being persecuted by the King of Prussia, to immigrate to safer places. Angas was moved by the plight of the Lutherans and persuaded Kavel that South Australia was a suitable place for emigration and also provided the generous financial assistance of 8000 pounds(2).

In 1839 the village layout was design by Hermann Kook as a U-shaped Hufendorf of small farmsteads with the Lutheran Church (now the site of St Michaels) as the focus. The base of the U shape design ran along Main Street and the limbs on North Lane (now Victoria Street) and South Lane. The blocks were numbered 1-54 and each family was provided a parcel of land which was large enough for a house, garden and small farm. However 10 years later as the town’s population rapidly grew and additional land was purchased, a plan was needed to extend the town. The additional land was subdivided into 100 foot allotments on Main street and gave Hahndorf the appearance of a Strassendorf (street village). The combination of these two distinct village plans contributes to the unique characteristics of Hahndorf today (4).

In August 1885, 300 chestnut, cork, elm and plane trees were planted along the main street many of which are still present today and add to the characteristic of Hahndorf.

To find out more about the trees of Hahndorf click here. During World War One there was anti-German prejudice and this resulted in Hahndorf being renamed Ambleside, after a nearby railway station, in 1917. It was reverted back to Hahndorf in 1935 as part of South Australia’s centenary celebration. The German Arms Hotel became known as the Ambleside Hotel and did not change its name back until 1976(5).

In 1974 the South Eastern Freeway was constructed and traffic was diverted away from Hahndorf. The town became a place to visit on tourist maps and today the historic town is one of South Australia’s premier tourist destinations. 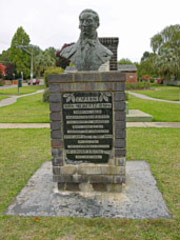 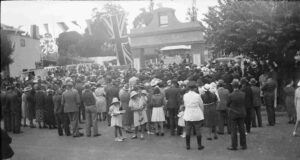 On the 28th of December 1838 the 344 tonne ship Zebra carrying 187 German Lutheran immigrants (38 families) arrived in Port Adelaide. The ship’s passengers were unfortunately unable to disembark the ship until the 2nd of January 1839 due to low tide. The ships captain Dirk Hahn, a Dane, had grown to respect the passengers and promised to help them achieve their goal of settling and farming together. He was able to negotiate a parcel of land in the Adelaide Hills(3).

The negotiated contract provided the families with 100 acres of land rent free for the first year. Of this 19 acres were allocated for housing and roads and the remainder for cultivation. In addition the settlers were also provided with a years’ provision of seeds and some livestock, all on credit as a communal debt. The settlers resolved to buy the land at the end of the first year however it took them a few years to completely discharge the debt(3). I n addition to the 38 families that arrived on the “Zebra” an extra 14 families who had previously settled at Klemzig joined the settlement. The names of the 52 pioneer families are inscribed on the gates of the Pioneer Memorial gardens in Hahndorf. The new settlement was named Hahndorf (Hahn’s village) in honour of Captain Hahn who had assisted the refugees to achieve their goal. A bust of Captain Hahn has been erected in the Pioneer Memorial Gardens in Hahndorf.

Are you a local?

To thank our locals for their help during these difficult time local businesses
have prepared specials and exclusive offers just for you. Click here to find out more.

Stay up to date with the latest Hahndorf news and events. 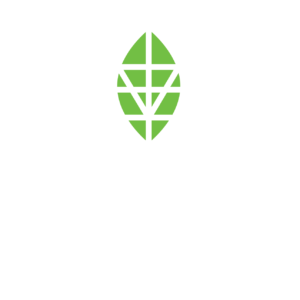